How to combat limiting beliefs

How to Combat Limiting Beliefs

When I was growing up, in order to help me be more resilient, my mom used to recite the verse “sticks and stones may break my bones, but names will never hurt me” to me. I wondered at the time how this could be, when I was feeling so upset by what someone had said to me. I certainly felt hurt. I came to realise, as I got older, that the verse simply wasn’t true. We can all probably recall a cruel comment which was said to us in our younger years, which we haven’t forgotten.

According to Professor Steve Peters, author of ‘The Chimp Paradox’, “words are weapons” and he urges us to choose them wisely. If used otherwise, words have real destructive power.  And none more so that the words we say quietly to ourselves.

Self-talk is probably the most powerful use of language. We have the opportunity to think before we say something out loud, but we have no such time lag with our own thoughts. We therefore need to be very aware of our own thinking and take care to keep it under control.

“Make sure your own worst enemy is not living between your own two ears”. – Laird Hamilton

I once had a conversation with a work colleague who was having grave doubts about his ability to achieve his goals. I saw him as a very capable individual, who was hard-working, driven and ambitious. However, the way he spoke about himself shocked me. I was astonished by the negative language he used. I asked him if he would speak so harshly to anyone else that way. He admitted he would not. The truth is, we may speak badly to others, but chances are we speak far worse to ourselves.

Good self-esteem is so important in life. It guides our whole way of being. Repeated mantras such as “I’m not good enough”, “I’m too old”, “they won’t like me” and “I’m not smart enough” will obviously have a damaging impact over time. Contrast these with more positive thoughts such as “I’ve got this”, “I can do it”, “I’m capable” and “they will love me” and it’s easy to see how difficult one life could seem compared to another.

The good news is that your limiting beliefs can be changed. Recent research in the field of psychology has revealed that a person’s mindset can be transformed with effort.

“A belief is only a thought you keep thinking” – Abraham Hicks

The first step is to be aware of these limiting beliefs. Sometimes they are so deep-rooted that we do not consider them to be opinion, but fact. Take some time now to write down some of the phrases you often say to yourself.

A phrase I used to beat myself up with until recently was “I am lazy”. I truly believed that I was not working hard enough, even though I spent a regular 60 hours a week at work. When I admitted this belief to a work colleague and friend she was quick to correct me. “You are one of the hardest working people I know” she said. I realised that I was being unfair to myself. If I knew anyone who worked long hours, I would never have accused them of laziness. Months later, in a coaching session, I made a promise to my coach never to use the phrase “I am lazy” again. I never have.

Be objective about your beliefs.

Another technique is to restate the belief, so “I am lazy” becomes “I work hard”. Equally, “I’m stupid” becomes “I can learn new things” and “I’m not good enough” becomes “I am enough”. Note what you say to yourself on a regular basis, stop, then reframe it. Challenge yourself to think differently.

A technique I have personally adopted over the years is to issue a silent reproach if I feel I am being harsh on myself. I yell “that’s bogus – you just made it up!” It is remarkably effective. When we acknowledge that the negative voices in our head are of our own making, we can take back the control of what we say to ourselves.

These negative voices – known in the coaching world as saboteurs – come disguised as friends and it is easy to be persuaded by them. They are, after all, just trying to keep us safe. They don’t want us to take any risks; they want us secure in our comfort zones.

“A comfort zone is a beautiful place, but nothing ever grows there”  –  Unknown

Affirmations are a really good means by which you can change your thinking. When I first started my business in 2007, I made a “mind movie” (read PowerPoint slides put to music). One of the slides read “I am an excellent businesswoman”, followed by a picture of me in my work suit. I had not been in business a year, but I needed to build my confidence. I watched that movie almost every day for twelve months. What happened next was incredible.  I went on to win multiple sales awards, was invited to sit on an advisory committee and even appeared on TV as an expert in my field! I had not imagined any of this when I conjured that affirmation.

Limiting beliefs keep you small and belittle your life. But you are not what you think. To steal the words from the character Aibileen Clack in Kathryn Stockett’s novel The Help:

Start each day with a new resolve to be kinder to yourself. Recite affirmations throughout the day to correct your limiting beliefs. Push yourself out of your comfort zone once in a while. Prove to yourself that you are not your thoughts. Treat yourself as you would your dearest friend. Tell the negative voices in your head to shut up.

And go live a great life! 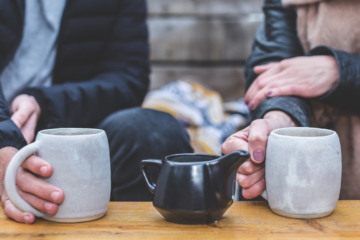 Why hire a coach?

Making the decision to hire a coach is a very personal one. The reason I hired a coach in 2010 was because I was overwhelmed with the responsibility of a very busy business and fear Read more… 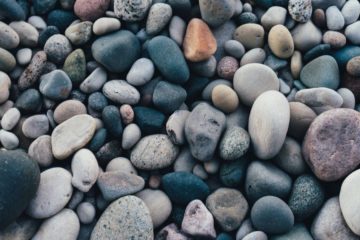 “Amanda, you can’t pick up all the pebbles on the beach”. These words of wisdom were said to me years ago by a colleague at work. I had just returned from maternity leave, having accepted Read more… 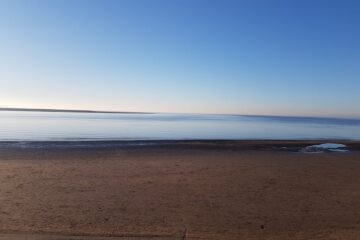 In his book Letting Go, David Hawkins describes the state of acceptance as one in which you enjoy the experience of harmony. You feel as though events are flowing. You feel secure. And because of Read more…

This website uses cookies to improve your experience while you navigate through the website. Out of these cookies, the cookies that are categorized as necessary are stored on your browser as they are essential for the working of basic functionalities of the website. We also use third-party cookies that help us analyze and understand how you use this website. These cookies will be stored in your browser only with your consent. You also have the option to opt-out of these cookies. But opting out of some of these cookies may have an effect on your browsing experience. View our privacy policy for more information.
Necessary Always Enabled
Necessary cookies are absolutely essential for the website to function properly. This category only includes cookies that ensures basic functionalities and security features of the website. These cookies do not store any personal information.
Non-necessary
Any cookies that may not be particularly necessary for the website to function and is used specifically to collect user personal data via analytics, ads, other embedded contents are termed as non-necessary cookies.
SAVE & ACCEPT